Today I have a quick update for Kentico developers out there on my KenticoCacheDoctor project. In case you are not famliar with it, KenticoCacheDoctor is my mini open source project for working with Kentico 12.0 and Caching. I'm happy to announce that version 2.0 has been released as an updated NuGet package. A HUGE thank you goes out to Sean G. Wright for his contribution to the project, as this whole update was created by him.

Not only did Sean clean up some of my lazy coding, he also created an integration into Kentico.Glimpse for KenticoCacheDoctor. That's right, now you can install a slightly different new NuGet package and the information that KenticoCacheDoctor provides is shown as a custom tab in Glimpse, just like the Kentico.SQL tab is shown for debugging Kentico SQL statements.

As I mentioned in the introduction, the display of the .Net output cache items that KenticoCacheDoctor finds is now a part of Kentico.Glimpse. This is pretty slick because Glimpse actually serializes out a few more pieces of information than I was originally showing. 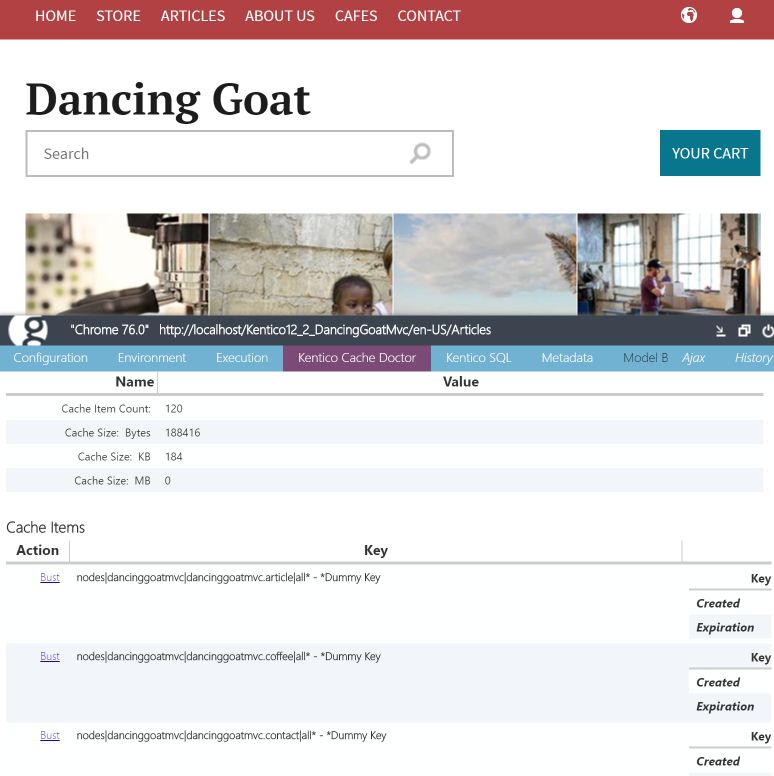 As you can see it is pretty easy to get the KenticoCacheDoctor up and running in Kentico Glimpse. You are just a few NuGet packages away from trying it out on your Kentico 12 MVC site. What are you waiting for?