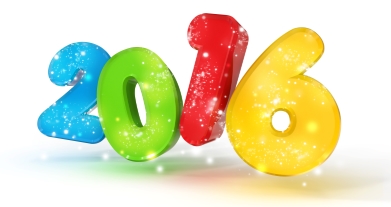 One more year has rolled by, and with it comes the chance to reflect on what has happened in the Kentico community and my own blog here at Mcbeev.com. The very first thought that comes to mind is that I can't believe that I have been blogging about Kentico for over 6 years now. Time sure does fly.

As for the Kentico community as a whole I would summarize this year as a year of maturity and stabilization. I'd say that a ton of effort was done by Kentico to become more known entity in the ASP.Net community, support standard ASP.Net tools and practices, and grow the number of developers out there who use Kentico in their projects.

For Mcbeev.com it was a year of continued rhythms. I met my goal in terms of the number of blog posts for the year, came close to my goal for total number of Kentico related speaking engagements, and surpassed my goal for feedback on the content of the blog itself. I also, surprisingly, got to meet a number of new faces in person this year who said that they have been reading my blog for quite a while now and found it valuable. That makes it all worth it for me.

It started out in early January 2016 with the integration of Kentico DevNet and StackOverflow, this was a welcome enhancement to DevNet that allowed for Kentico questions and answers to be more visible than ever. This integration was quickly followed up with a Kentico Community leaderboard. The leaderboard is a great way to be recognized for helping out other developers with Kentico questions and answers. It's funny though because at this point, I think they could rename it to the Brenden Kehren and friends leaderboard.

To keep the momentum going, right after that, Kentico announced the addition of the Kentico.Libraries NuGet package and the Kentico NuGet feed. These packages were released as a way to showcase what Kentico 9 (and now Kentico 10) can do with ASP.NET MVC. They also are paving the way for developers to use standard Visual Studio tooling methods for extending Kentico projects easier. I personally love the adoption of this tech in the Kentico stack.

Around this time, more public repos started to become available on Kentico's GitHub page than ever before. The GitHub repos expose some really great tools like KInspector, ADImport, and the Kentico Cloud SDKs (more about this later).

I also cannot look back on 2016 and not mention that my team won the Global Winner of the Kentico 2015 Site of the Year contest in February. I am still super proud of my team for accomplishing this. Way to go Team BizStream!

Towards the end of Q1, BizStream also launched Compare for Kentico, a custom module to designed to make Kentico deployments easier. Our module was released as part of the re-vamped Kentico Technology Partnership Program. It is one of the first certified extensions for Kentico available. We have many new customers on the product and are very happy with the results in 2016. By the way, a new major release is right around the corner for the BizStream Toolkit.

In the mid part of the year, I think most people were super busy with projects or vacations because not much happened. From a developer standpoint the most notable event was probably the release of the new Advanced Developer Training course by Kentico consulting. This course was completely re-done and now available in an e-learning format. I was able to help beta test the training, and I can tell you that this course is a must for any developer who wants to master the Kentico API and inner workings of the platform. It is very good.

And speaking of training, right around here I was able to pass the certified Marketer exam that Kentico released this year as well.

Like I mentioned, the mid part of 2016 was somewhat quiet after a nice start. However, the end of 2016 provided quite the punch in terms of meaningful events for the Kentico community. It started out with a big announcement in October, the fact that Kentico was named a challenger in Gartner Magic Quadrant for Web Content Management. This was a major achievement in validating the platform for use for developers who work in the enterprise market.

Hot off of the announcement in October, the best month ever happened for Kentico in November 2016. You can read the full post about November, but basically it included the launch of Kentico Advantage, the 404 Conference in Las Vegas, and the release of both Kentico Cloud and Kentico 10.0. That is a whole lot to put in one month!

December also included a special upgrade training that I attended at the US headquarters of Kentico. We learned how to best upgrade from Kentico 7 to Kentico 10. It was a good trip, and full of learning. I'm pretty excited about getting a few of my clients up to date with the newest version.

And here we are on the last day of 2016. It was seriously a good year for Kentico and kind of fun to recap all of the things that happened. But let's switch gears and talk about my blog next.

The Best Mcbeev.com Kentico Posts of 2016

The following episodes of the Kentico Rocks Podcast were created in 2016 and are in order of which received the most downloads.

The Best of the Kentico Community of 2016

The following posts are my favorite posts or what I feel are the most informative posts by either Kentico employees, Kentico MVPs, and/or Kentico enthusiasts. They are in no particular order. This list is super hard to narrow down. So if I left out anything you really enjoyed, add it in the comments.

Like I said, 2016 was a big year for the Kentico community as a whole. 2017 should be going in a very interesting direction as well with the development of Kentico Cloud, a continuation of the Portal Engine vs MVC discussion, Kentico 10 performance gains, and fun with Kentico 7 to Kentico 10 upgrades. And speaking of which its that time of year again for upgrading Mcbeev.com. Fun times.